Meet The Artist: Maren Jystad-Spar, Cry It Out 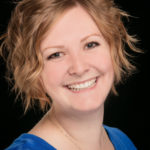 An Interview With Maren Jystad-Spar

Jessie, Cry It Out

Cry It Out (CIO) is about 3 woman (and 1 spouse) during their first maternity leave.  Each have new babies and each have very different lives. We get to accompany them through their journey as new parents.  While their life experiences up to this point are very different, they find things in common as well as the glaring differences they have available to them because of their social/economical status.

I play a new mom named Jessie. Jessie is desperate for a community. She is stuck between what her husband wants and knows (from his childhood) and what she wants, which evolves after the birth of their daughter.

What makes this show fit the mission and vision of Theatre B?

This is a B show because it doesn’t provide any answers. It’s hilarious and heartbreaking. Parents can relate to so much throughout the show. As a parent, I see parts of myself in each character and it helps pull you into the show.  In true B fashion, it doesn’t tie up the loose ends with a bow and a happy song, but rather with wonder and a little discomfort. But, as we’ve learned from other productions, this opens the door for conversation about how we support (or don’t support) new families and their needs.

I have so many favorite lines but here are a couple sticking with me currently:

“…and I don’t want to put Allie in the arms of a stranger all day so we can afford all those things I don’t want.” (Scene 5)

Is there a character that you relate to?

I probably relate the most to Jessie but I can see myself in pieces of each of them.  Jessie desperately wants to be a stay at home mom but at the same time she’s going crazy being alone all day with the baby — I’ve totally been there.

Tell me about the rehearsal process for you.

I love the rehearsals that contain all the feelings.  There have been times where we can’t keep going because we’re laughing so hard we’re crying and other times where the story hits us so hard we’re all crying. Anticipating where and when the audience will experience this with us is very exciting.

Being back on the stage is thrilling and terrifying. This is the first show since I’ve had children. It’s been interesting finding new ways to do things; specifically memorize. I don’t have the quiet, still time at home to do that.  I need to do it in pockets, between naps, meals, and other household chores. In addition, my brain doesn’t memorize the same way. I used to memorize so quickly, this time, though, I’ve needed more time and other methods.

I am grateful to have a cast has been very patient and supportive while I dust off the boxes of my brain I haven’t touched in so long.

My theatrical background is hazy. While not official, we have weekly performances of a variety of musicals at home with the kids. My last official show was at Theatre B in Becky’s New Car (some 7 years ago?!). I was in The Underpants before that. I believe I became an ensemble member in 2012. I was also a double major in Theatre and Communications at Concordia.

Time seems to go so slowly at home…but then years have gone by and it’s crazy.