Meet The Artist: Rachel Geinert, Stage Manager of Cry It Out 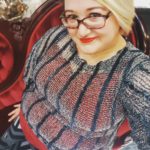 An Interview With Rachel Geinert

Stage Manager, Cry It Out

I grew up in a very theatrical family.  Both of my parents have degrees in theatre, and we spent our summers working with the community theatre in Grand Rapids, N.D.  I attended NDSU for theatre, and have since worked with many different companies in many different positions. I’ve been involved with Theatre B since 2013 when I had the incredible honor of stage managing “Red.”  I haven’t gone a season since without working on at least one production.

This show is about four new parents struggling to find themselves as they wade through late-night feedings, social isolation, and societal expectations.

This is, to me, the quintessential “B fourth show.”  It’s springy, it’s about rebirth (literally, because it’s about babies, but also figuratively, because it’s about these new parents learning about who they are now as they enter this new stage of their life), and it’s hopeful. Also, in typical B fashion, this show addresses difficult issues like income inequality and postpartum depression.  It will make you smile and laugh, but it will also probably make you cry. Because is it really a B show if you don’t go through the entire gamut of emotions before the curtain call?

Is there a line from the show that you find compelling, or that sticks with you?

Without giving too much away, there’s a moment in the play when Jessie, one of the new young mothers, is talking about her relationship with her husband post-baby.  She says “I haven’t changed, this is me! This is me, this has always been me, this will always be me.” And for me, this really captures the internal struggle of this play, how each of these people is trying to cope with how they have or haven’t changed, since the baby, and what that means moving forward.

What has the stage management process been like for this show? How has it been different than other projects you’ve worked on?

As one of the few people working on this show who doesn’t have children, this has been a real eye-opening experience!  This play is so rooted in very real struggles and experiences, that it opens up a lot of room for discussion within the production team and the cast about their own stories.  It was not uncommon during the early rehearsal process for the cast to spend a half an hour telling their own birth stories or talking about nursing and mastitis and how these all related back to the way the script deals with these issues.

Is there anything technically interesting that the audience should watch/look/listen for?

Though the babies are not ever seen, they are very much like 2 extra characters in this show.  The mothers are tethered to their baby monitors, and the ways in which that influences how they interact with the space is a fun thing to watch — and listen to; because those babies cry, and those monitors have to work.

Anything else about the show or yourself that you want to share?

I really like pickles.  If you come to see the show, you should bring me pickles.  You’d be my new best friend.