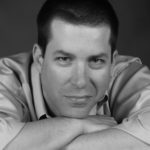 An Interview with Jeff Rondeau

Jeff Rondeau (Gene) returns to Theatre B, where he was last seen in The Seafarer.   Favorite prior roles include Wizard of Oz (Lion), Dial M for Murder (Tony), Clue the Musical (Mrs. White), The Shining (Grady) and Lend Me A Tenor (Henry).  Shout out to the crazy talented cast and crew for this production who have been such fun to hang with.  And remember, every family has a backstory. What’s yours?

The Last Schwartz is, at its core, is a story about relationships.  Specifically, family dynamics and how those influence the relationships that have developed.  The past continues to influence the future for this family and as more is revealed, more continues to change between them while some things remain completely the same.

Tell me about your character, Gene.

Gene is an interesting dude.  I haven’t completely gotten him figured out.  He is, like many of the characters, trying to fit into a family that he perhaps never neatly fit into for a variety of reasons.  He’s superficial in his romantic relationships yet cares deeply for his brother. He craves what one of his brothers has, yet can be steeped in hypocrisy.  This visit home drops him back into familiar interpersonal territory while being forced to tackle his current reality.

Theatre B has always done shows that make you think.  And this one teases you with funny before making you sit up straight and consider this family and how it does or doesn’t compare to your own.  There will be laughter and pin-drop moments. This is the kind of show that you really have to see more than once. And each time you see it, and certainly each time we run it, new things are discovered.  And that’s the kind of show B does best.

“God, there are a bunch.  Vagabonds, pie knife, scraping, very controversial, some great blow from that cater waiter job, do you want to touch me……..there’s just tons!”

I actually relate most to Bonnie.  She so desperately wants to connect, to fit in, to be a part of something that she’s just not quite a part of no matter how she tries.  Her “tells” early on in the show that foreshadow her core desires are incredibly cool and touching as the show develops.

Without a doubt, my standout rehearsal moment was being directed to take a particularly significant scene with another character in a COMPLETELY opposite direction.  It was weird and awkward and funny and ultimately, great! It exposed me to new ways of contemplating what drives Gene and challenges me to bring his struggles out into the open.

My theatre background was catching the bug in undergrad, having it sit dormant for years, and then having it explode into a passion that has allowed me to perform with a number of groups over the last 10 years.  It makes my eyes sparkle!